Stay up to date with everything He Is Me

Thank you! Your submission has been received!
Oops! Something went wrong while submitting the form. 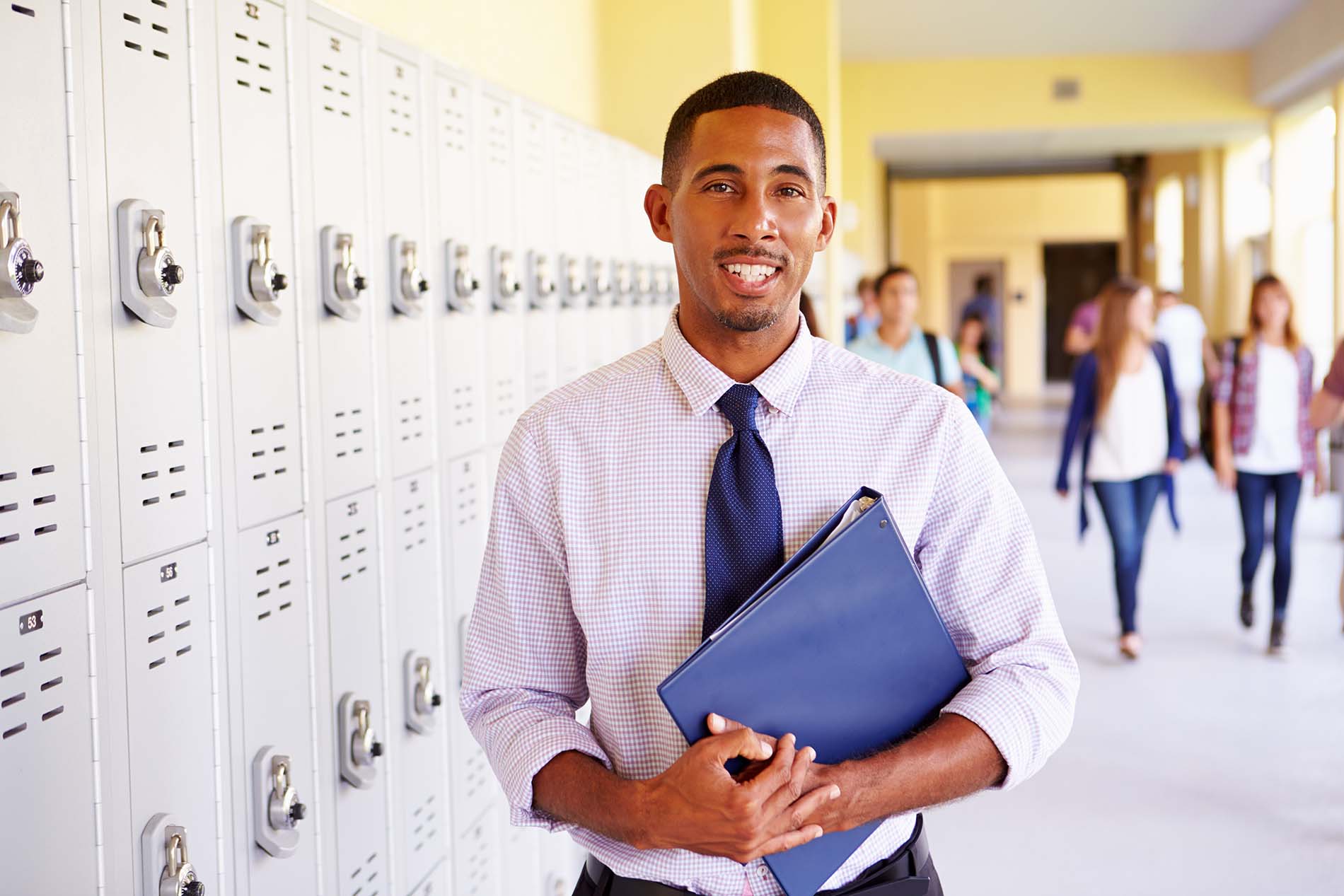 Black Men Will Teach...If You Hire Them 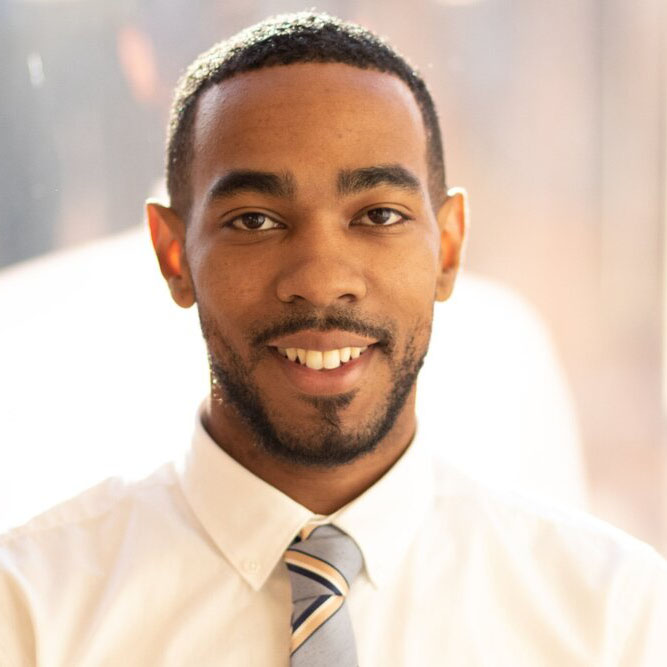 When Black boys grow up in the presence of father figures, they tend to fare better in school and in life, according to researchers at Harvard University and Princeton University. Yet over 70% of Black children grow up in single-mother homes. Additionally, 77% of the teaching force is female, and 80% of our nation’s teachers are White. Where does this leave our Black boys? Underrepresented, misunderstood, and underprepared.

“There are important roles and contributions of African-American fathers, including influences on children's school adjustment, social competence and psychological well-being,” said Shauna M. Cooper, PhD at the American Psychological Association. With a Black man present in their lives, Black boys also see improvements in the longer term such as high school completion, decreased incarceration rates, and higher rates of employment.

Since only 12% of teachers are male, you may wonder if this impacts White boys in the same way. Perhaps in the short-term, but when we look at the long-term impacts, “In 99% of neighborhoods in the United States, Black boys earn less in adulthood than White boys who grow up in families with comparable income,” according to the Equality of Opportunity Project. This is leads us to believe that the answer is no.

The intersectionality between gender and race underscores this notion. When boys are Black, they come with criminal labels from society. But with a Black man interpreting the actions of a Black boy, he can see him from a different lens. This is why Black men, including Black male teachers, are less likely to see Black boys’ behavior as threatening.

Another fair inquiry is whether girls and boys are impacted equally by the absence of a father figure. Generally speaking, girls who grow up in the lowest income brackets are 8.5% more likely to be "school ready" than their brothers who grow up in the same house, according to a researcher at Northwestern University. Again, this leads us to believe that the answer to that inquiry is no.

"23% of students who are suspended or expelled 'ended up in contact with a juvenile probation officer.'"

The Yale Child Study Center released data that contends that in preschool, Black boys represent 42% of suspensions, mainly due to hyper-vigilance by mostly White female teachers. In fact, 97% of the students’ infractions are “discretionary offenses.” The U.S. Department of Education Office for Civil Rights added that Black students are suspended or expelled at a rate three times higher than White students. Furthermore, 23% of students who are suspended or expelled “ended up in contact with a juvenile probation officer,” said Libby Nelson & Dara Lind of the Justice Policy Institute. “And they are three times more likely to come in contact with the juvenile probation system the following year.”

While these facts are true for now, according to the Brookings Institute, “the more times a Black student is matched with a Black teacher, the less likely that student is to be suspended.” And that’s only one of the benefits of having a Black teacher.

Vanderbilt University researchers noted that Black teachers are three times more likely than White teachers to refer Black students to gifted programs. Black teachers not only give kids more access to learning by not sending them to the principal’s office as frequently, they also challenge their students to reach new academic heights.

Employing qualified Black male teachers is an opportunity for growth for our country. He is Me Institute, along with other organizations and college-based programs are designed to support districts to fulfill this need, so that they can address some deep and steadfast education inequities for Black boys. Now, more than ever, schools and districts have the opportunity and responsibility to act.

It starts with recruitment. Most teacher preparation programs are geared towards the experience and lens of White people-- even the programs that attempt to train teachers for settings with Black and Brown students. Needless to say, they don't tend to produce many Black male teachers. Historically Black Colleges and Universities and historically Black fraternities have pools of qualified Black men who, with the right support, can discover that they can teach, want to teach, and need to teach.

The Call Me MISTER (CMM) initiative, headquartered at Clemson University, is only one example of college-based programs working to recruit more Black men into the teaching pipeline.

Profound Gentlemen (PG) is a Charlotte-based nonprofit working on the other side of the coin: retention. They provide individualized career development plans with male educators of color and cultivate a community of support for their members from across the country. Districts can build long-term, mutually beneficial relationships with organizations like CMM, PG, and He is Me to continuously recruit and retain Black men to work at their schools.

If nothing else, schools and districts can stay aware of the research and remain compliant with aligned government policies. Researchers like Dr. Travis Bristol at University of California, Berkeley, are implementing programs and disseminating policy-level findings about the effects of teacher diversity and how to authentically sustain it in schools. “Policies created this problem. Policies can fix this problem,” Dr. Bristol urged on The California Report radio show.

State governments are taking heed to the experts’ advice. Policymakers such as the Massachusetts state legislature are passing laws like the Student Opportunity Act which, in part, rewards districts for outlining a plan for having teachers that reflect the student population. Community organizations have created programs to support schools in fulfilling this statewide goal.

We are at the beautiful intersection of obligation and opportunity. We see a clear problem and solution facing our Black boys. They are more impacted than any other group by the presence of Black men in their lives, yet the majority of them don’t have men in their homes, communities, nor classrooms. Thanks to individuals and organizations who realize the effects of this, we are gathering the knowledge and resources to tackle this problem.

It's time to pass the baton to schools and districts. Be intentional about recruiting and retaining Black men. Instead of reinventing the wheel, connect with organizations that specialize in this work-- they exist! And most of all, trust Black men when you hire them. After all, it’s easy to obtain a diversity of looks. Challenge and growth lives in the diversity of perspectives. 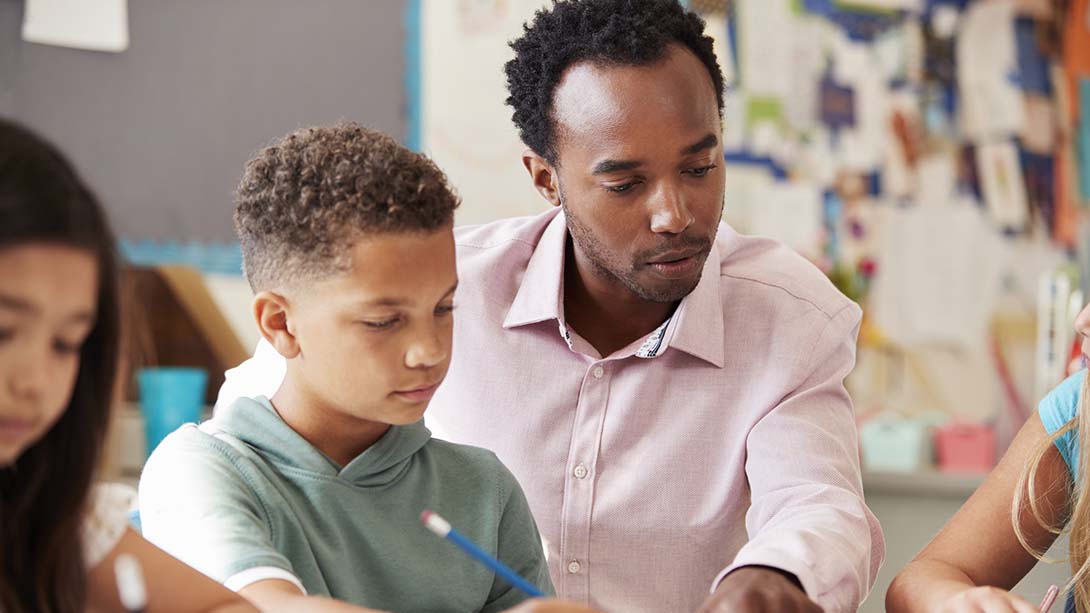 Teaching is Not an Entry Level Position

Students of color and students who grow up in poverty are 3-10 times more likely to have unqualified teachers.

News from He Is Me!

Signup for the He is Me Newsletter
Thank you! Your submission has been received!
Oops! Something went wrong while submitting the form.